Join us in SW6 for an evening exploring the exceptional quality of CRU wines, featuring our Nouvelle generation of top Beaujolais Producers. Get your tickets here: https://londoncru.co.uk/whatson/share-the-spirit-of-beaujolais

Beaujolais is a region producing fine wines, fresh quaffers and the elegant inbetween. It's a region that is hard to define despite Gamay's dominance

The genius level marketing of Beaujolais Nouveau in the 70s 80s and 90s was so good it left marketeers with no place else to go. Drab November misery was lifted by Beaujolais breakfast drinking and a hangover that kicked in around noon. The manufactured rush to get fresh young wine delivered in time for breakfast was a great foil and we lapped it up. In truth the drinking tradition of sipping harvest wine dates back donkeys years, not so the race which may well have come from the mind of an innocent London based hack..

Nouveau is a word that’s taken some flack – nouveau riche is a by-word for bad taste and young wine too fell out of favour. Today the tide is turning thanks in part to natural wine opening the door to fresh and easy drinkability. High quality reds from the sought-after Beaujolais Crus are inviting serious connoisseur interest today too. Each offers a distinct and collectable personality and thanks to the Beaujolais hangover - might be considered by some as under-priced.

Beaujolais Nouveau was so successfully marketed in the 70s/80s and 90s that it suffered a backlash. Unlike the timeless marketing of Champagne that made it forever synonymous with luxury – Beaujolais Nouveau became a sort of hackneyed eye-roll inducing pariah. The campaign was devised to sell a large volume of fresh low-price wine with a limited shelf life. And there was a stroke of real genius about it - how do you sell just pressed wine to sophisticated Parisians and louche Londoners? Turn its arrival into a race from Burgundy to Paris to London of course - and make a massive fuss when it gets there, ‘Le Beaujolais est arrive!’ etc. The admen cottoned on that stylised cartoons – now seen as quintessentially French, were another great way to go and today you can hardly cock a peek at a natural wine show or event without spying an accompanying scribble.

Today complexity of terroir and the ten crus villages has taken the place of Nouveau in the fashion stakes – more and more drinkers view these wines as an alternative to red Burgundy - now so costly you need to sell your front teeth to buy it. St-Amour, Juliénas, Moulin-a-Vent, Chénas, Fleurie, Chiroubles, Morgon, Régnié, Brouilly and Côte de Brouilly are the ten Beaujolais Crus. While the southern region of Beaujolais is flatter and clay based, these northern crus offer fruit grown on the monts de Beaujolais – granite hills that deliver richer, more complex and more full-bodied wines.

Styles offer broad and varied personalities and some are age worthy. Seductive and enticing, they can be anything from lithe and ephemeral Chiroubles to dark and even tannic such as those from Moulin-a-Vent.

Interestingly when the Grand cru appellation in the Cote d’Or relaxed their regulations on maximum yields, Beaujolais vignerons tightened theirs. This is a region that is extremely keen to prove itself worthy of note.

Known for its marketing campaign linking it to Valentine’s Day for obvious reasons – this small 320ha region was once the property of the church. Blocks of Chardonnay here go into Macon Villages or St Verand. Often generous and richer than the other crus.

One of the largest and found on steep slopes of granite and schist. Deeply coloured, fleshy, succulent wines result.

Perhaps seen as fancier than the other crus and often the call people make as an alternative to Burgundy. The soil is pink granite, just like Fleurie. Gorgeous round and even buxom, these wines deliver in terms of grace and value.

The teeniest of the crus. Granite soils dominate. This was once a region known for oak hence the name. Wines are spicy, sapid, often age worthy and fragrant. The smell of roses is a well-used descriptor.

So prettily named and also apt. These floral, fragrant, aromatic beauties are a pleasure to sup. Known for their velvety texture, age-worthy in a good year. Fuller flavoured and grown on weathered schist on the south facing slopes of Mont dy Py. Dense and delicious. Gorgeously full flavoured genuine quaffable wines. This cru graduated from a Beaujolais to a Cru Beaujolais in 1988 and is known for the full-bodied wines it produces. It is also rumoured to be the location of the Roman’s earliest vineyards.

Planted on the rounded slopes of an ancient volcano so volcanic soils are all about. Wines are known for their spice, flavour and concentration as well as their delectably deep colour.

For hundreds of years Beaujolais producers have celebrated the harvest by sharing young wine, or vin de primeur, wine that is made and sold the same year in which it was harvested. Beaujolais Nouveau is the name given to this cultural feast, a once unmissable celebration that has spread far and wide and is becoming a part of the festive London wine calendar again. At its peak some 60 per cent of the harvest was sold in November. The frenzy may have waned but French drinkers in Lyon and Paris have always loved this tradition, light-hearted and wonderful – inexpensive and so good with steak and frites.

Released on the 3rd Thursday of November these wines are fresh, fruity, markedly delicious and full of youthful sapid energy. Hugely popular in the 70s, thanks to a campaign that may have been inadvertently lit by the London papers. According to Oz Clarke it was the Sunday Times journalist Allan Hall who kicked things off in London and not the marketeers at all. He promised to give the first person to walk in his office on the 15th November 1974 with a bottle of fresh Beaujolais a bottle of Champagne in return and he inadvertently started a race. The lunatic British wino fringe took to the roads in all manner of rangy vehicles – traversing the French countryside in an attempt to get to London avec le Beaujolais Nouveau only to be pipped at the post by some private jet wielding poshington twit. How times have changed…

Beaujolais Nouveau made household names of growers like Georges Deboeuf. Today the party is propagated by conscientious younger growers keen to protect the environment and express the regions heritage as well as complex terroir.

The region of Beaujolais overlaps the Mâconnais in the Southern part of Burgundy but much of its territory lies further South in the Rhône Department and is not far from Lyon, France’s gastronomic mecca. Though primarily a region known for red wine made from the Gamay grape (98% of plantings are Gamay), rare sought after white and rosé wines are also being produced from small plantings of Chardonnay and Pinot Noir. From 2009 to 2018 soils were comprehensively mapped allowing growers to create plot by plot cuvées and to use the ‘Unesco Global Geopath’ label in recognition of an outstanding geology, one of the richest and most complex in France. The climate too is complex and subject to three main climactic influences, continental currents, oceanic air movements and Mediterranean winds. Over half the world’s Gamay is located in the Beaujolais AOP. Planted here since the 17th century, predominantly on granite, these thin, delicate, purple-black-skinned grapes are fairly good at adapting to soil but do require meticulous care and attention. A natural cross between Pinot Noir and Gouais Blanc, Gamay can produce age-worthy wines of great elegance and finesse as well as supple fruit forward lower alcohol bottles, showing pretty strawberry and raspberry notes and nuanced floral peppery aromatics.

Carbonic maceration and semi-carbonic maceration are used in red wine production. Whole clusters of berries are sealed in tanks with carbon dioxide added, an absence of oxygen induces intracellular fermentation metabolizing glucose and malic acid to produce alcohol without the aid of yeast. Semi-carbonic is more common and that does not require the edition of carbon dioxide. Fruity and highly floral, wines made this way show softer tannins and in younger wines, such as Beaujolais Nouveau, yeast notes are suppressed. Carbonic maceration has now been adopted by growers throughout the world keen to convey fruity flavours and freshness in their wines.

Beaujolais is a region that offers much that is memorable, complex and nuanced in terms of range and style. The distillation of the Beaujolais concept allows for over-simplification of what is essentially a broad canvas. Beaujolais perfectly illustrates the wonders a varied terroir might convey on a single variety. Beaujolais Crus might not even use the word Beaujolais on their labels so all need be memorised and explored to be understood. This exciting and diverse region is fascinating, impossible to pigeonhole and incredibly it suits all budgets. These are rare words to hear in association with Burgundy.

Join us in SW6 for an evening exploring the exceptional quality of CRU wines, featuring our Nouvelle generation of top Beaujolais Producers. Get your tickets here: https://londoncru.co.uk/whatson/share-the-spirit-of-beaujolais 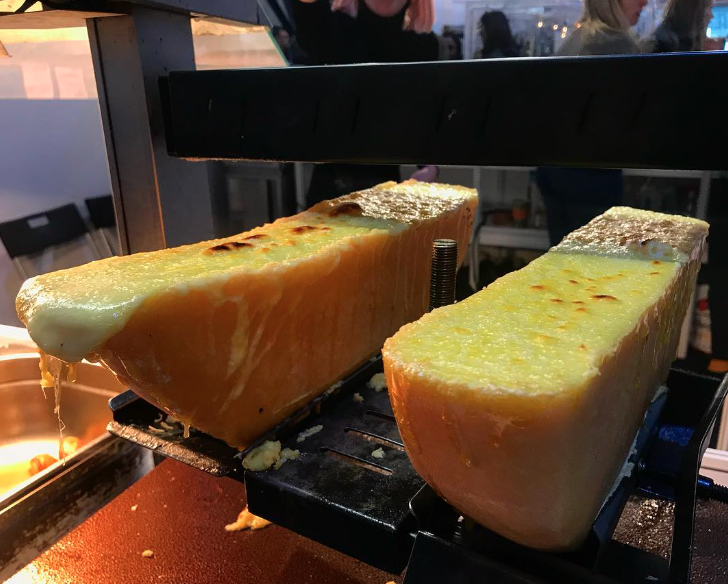 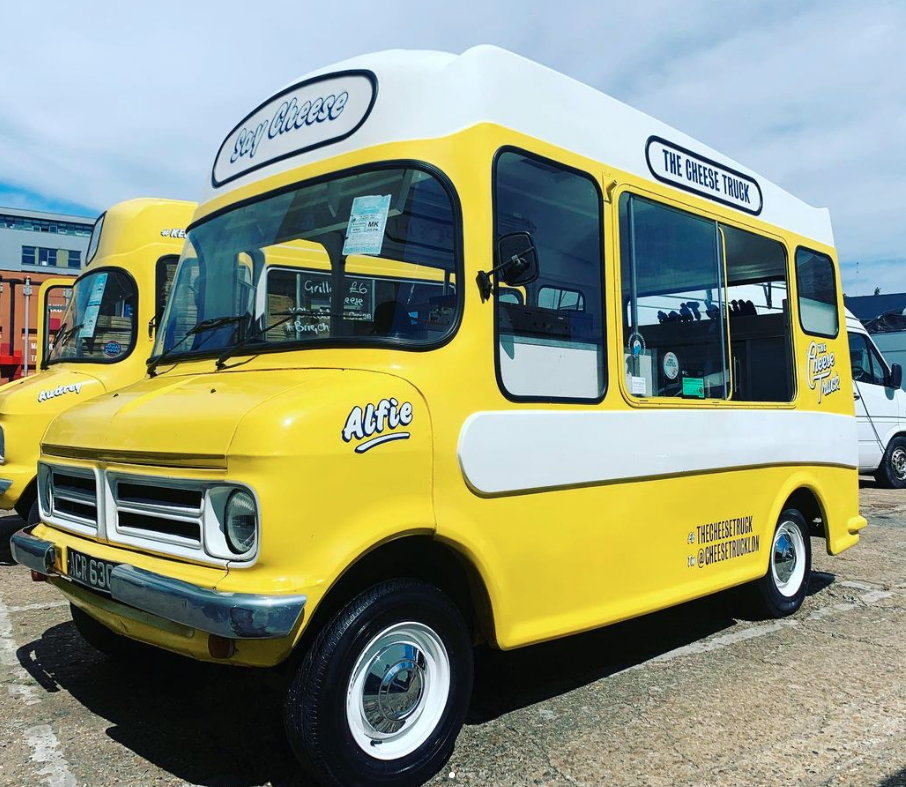