Erloi Durrbach has been producing wine at Domaine de Trévallon since 1977. Many consider his wines the best in the district, but he’s not entitled to be classified as ‘A.O.C. Les Baux de Provence’ as this maverick winemaker refuses to play by the rules. The body that regulates wine production only allows 20% Cabernet Sauvignon in Les Baux wines.

Despite being demoted to Vins de Pay, his rich, intense, half Cabernet Sauvignon, half Syrah blend is highly sought after, and Domaine de Trévallon is often described as one of the best wine producing estates in Provence. These wines are top class and age extremely well.

The distinctive wine labels were designed by Eloi’s father. He was a good friend of Picasso’s, who happens to be Eloi’s godfather! 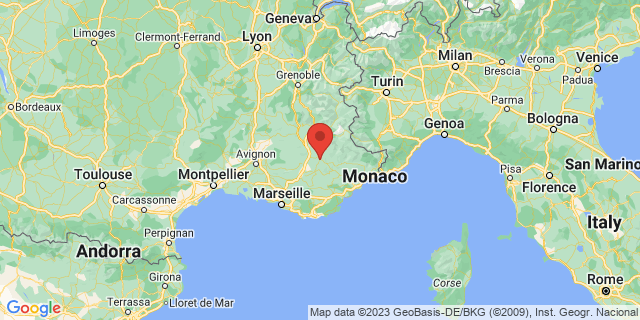 All Wine from Domaine de Trévallon