Morin works with the ideology that great wine can only be made from low yields and grapes harvested by hand. In every vintage (with his severe pruning and selection at harvest); on average, Morin has a meagre 40 hl/ha. The proof is in the textured, terroir-driven Sancerre he produces. For us he sets aside his oldest vines from various parcels, including Chene Marchand which make the richest most intense wine he offers.

This small family-run domaine lies in Bué, arguably the most prestigious village in the whole of Sancerre. Since Pierre Morin, Gérard’s son, took over in 2004 the domaine has gone from strength to strength.

Harvest is all done by hand with meticulous sorting prior to vinification. Pierre prefers natural methods in the vineyards and winery, avoiding herbicides and using natural yeasts for fermentation. All whites are vinified in stainless steel tanks and left to mature on lees for several months. Only the red Sancerre is aged for 12 months in two to four year-old barrels.

For the straight Sancerre, 90% of the fruit is from the village of Bué, where the soil is a mixture of clay-limestone and gravelly topsoil, and the average age of vine is over 30 years. This is the leaner of his wines and a superb example of Sancerre. For the Chêne Marchand, Pierre sources fruit from the Clos de la Chêne Marchand, the best pieces of land in Bué and one of the best in the whole Sancerre appellation. This is the heavier and richer of Pierre’s wines, with almost musky, hearty notes. Pierre’s top wine, Ovide, is made from 50 year-old vines from gravelly limestone soil and is a stunning expression of Sauvignon Blanc. Production of these last two cuvées is miniscule; only 200 cases in a typical year. 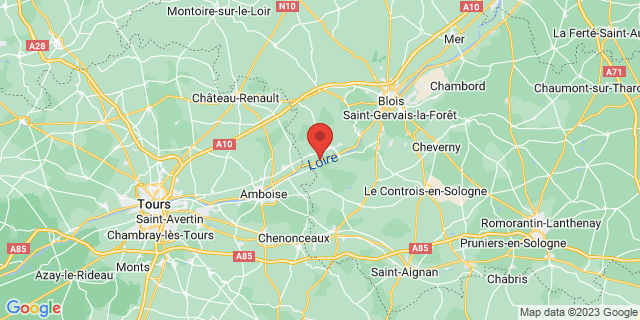 Morin's Sancerre is an outstanding example; lean and mineral-infused, yet bursting with vibrant citrus and gooseberry notes. From one of the best producers, in one of the best parts of Sancerre. This Sancerre is one of the top offerings from Morin using fruit from one of the best areas in the whole of Sancerre; a delicious zesty wine with great minerality. Ovide' is Pierre Morin's top wine. Made from 50 year-old vines from gravelly limestone soil, this is a stunning expression of Sauvignon.

Ovide' is Pierre Morin's top wine. Made from 50 year-old vines from gravelly limestone soil, this is a stunning expression of Sauvignon.

This Sancerre is one of the top offerings from Morin using fruit from one of the best areas in the whole of Sancerre; a delicious zesty wine with great minerality. A rare parcel of wine from Morin; only 800 bottles are made of this slightly oaked Sauvignon. A delicious and exciting wine.