While many of France’s co-ops go out of business or struggle to sell uninteresting plonk, the cave co-operative in Estezargues has for many years stood out as a co-op with an artisanal approach to winemaking making some of the best value wines in the Rhône Valley.

Things began to change in 1989 when Jean-Francois Nicq arrived to take over as winemaker. Rather than blend everything together, J-F decided to bottle the members’ production separately, highlighting the individual terroir of the 10 member estates. By the end of the 1990s, everything was being made in a hands-off, natural way - conscientious farming, no yeasts, no enzymes, no new oak and no SO2 before bottling. 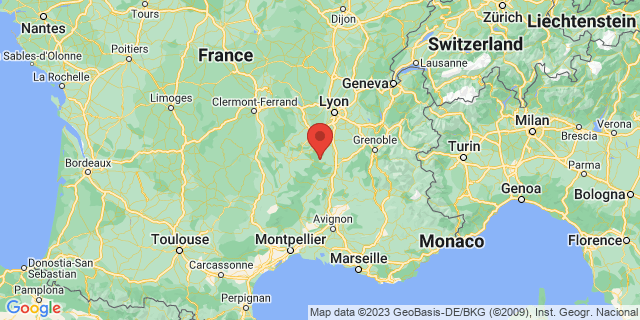 A delicious Syrah/Grenache blend from Costières de Nîmes in the southern Rhone. Les Vignerons d'Estezargues is a celebrated cooperative in the south of France, which specialises in organically grown wines that showcase each individual property that is part of the coop. In this case, Domaine de Périllière.

This wine offers much more than your average Côtes-du-Rhône. A wonderful drink from a co-operative famed for artisan wine-making.

Domaine d'Andezon is the most famous wine from one of the world's best co-operative wineries, Vignerons d'Estézargues, and is full-bodied, powerful and rich.