Born and raised South African, Hans Schroder went to university in Japan (pretty much unheard of in 1960s South Africa) and met his wife-to-be Midori Maruyama there. Apartheid laws meant that they couldn’t come back to live in South Africa, so they spent 30 years in Tokyo where they had three daughters. A few months before Nelson Mandela was released, in 1989, they returned to South Africa, and bought Oude Nektar farm to grow grapes. Their eldest daughter Marie and her American husband Jose Condé (a graphic designer) also decided to move from Tokyo to South Africa, but instead of opening his design studio, as originally planned, Condé got side-tracked by wine. His very first Cabernet, a 1998, was awarded five Platter stars.

The Stark in the estate’s name is a tribute to Hans Schroder’s mother, Franziska Stark, who was a Stellenbosch pioneer. Condé is a tribute to Jose’s father who came to the US as a Cuban immigrant. Japan, Cuba, Germany, America, South Africa: Stark-Condé is a proverbial melting pot.

Winemaker Rüdger van Wyk started his journey in 2010 at Stellenbosch University and shortly after graduating was accepted into the Cape Winemakers Guild Protégé programme. During that time he worked at the famous Kanonkop estate where excellence in red winemaking is the mantra. He also took time to experience a harvest in Burgundy shortly before joining Stark-Condé as an assistant winemaker in 2015 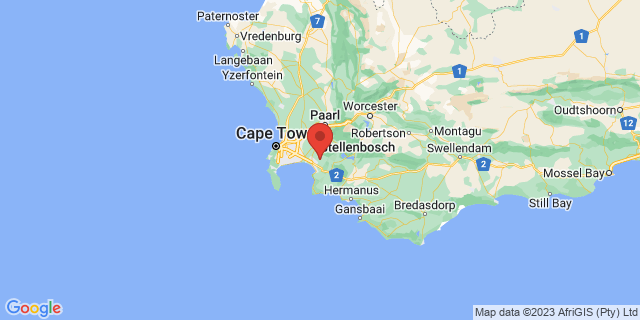